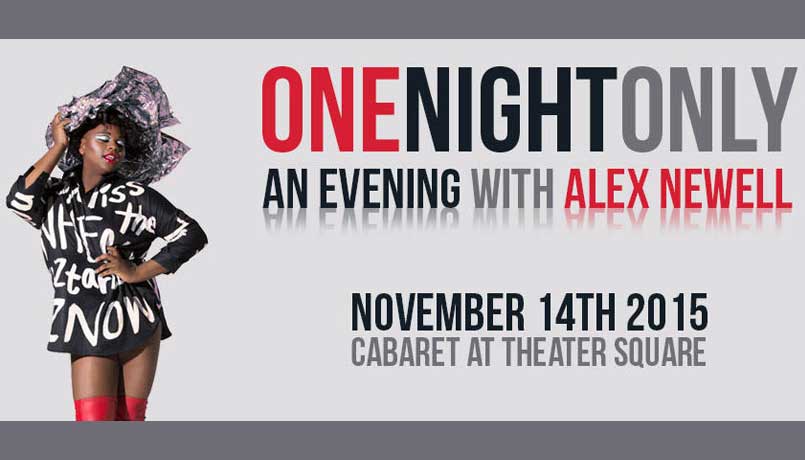 Posted at 19:03h in Choreography by jimcooney

After previously working with Alex Newell, I looked forward to serving as the creative consultant on One Night Only: An Evening with Alex Newell. It took place at Pittsburgh CLO Cabaret. I first worked with Alex on Oxygen’s Upfronts for The Glee Project. The concert was directed by Jeff Gorti.

Alex Newell starred as Asaka in Tony Award-winning revival of Once on This Island. He was a runner up on the first season of The Glee Project and became best known for his transgender role of Wade (Unique) Adams on Glee.